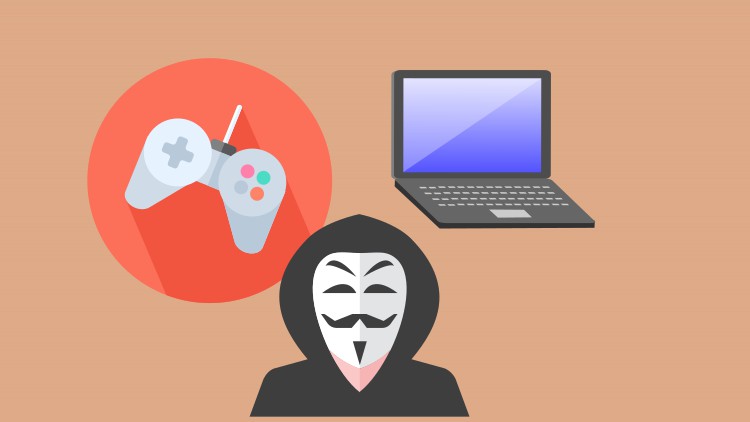 If you like playing games or reverse engineering, then this course is for you.

Traditionally, reverse engineering has been done using familiar tools such as x64dbg, OllyDbg and IDA. This course will introduce you to another powerful tool commonly used in game hacking – called Cheat Engine (CE).  This tool will allow you to modify in-game Health, Ammo, Position and more.

Although youtube has plenty of tuts on Cheat Engine, they typically lack beginner-friendly explanation and personal guidance. In this course, I will take you by the hand as a complete beginner to become familiar with what is game hacking and reverse engineering. You will learn the difference between memory values vs. pointers, data structures, how to scan memory to tamper with it to become invincible plus have unlimited ammo, create Cheat Tables (shareable hacks), pointer scanning, writing scripts to inject code into process memory and more…

By the end of this course, you should be able to apply your basic skills to hack an open source free game called Assault Cube – a 3D First Person Shooter (FPS) game. I have chosen this game because, it can be used as a standalone game – where you play against bots – and also because the game is totally free  and open source – and is the standard game to use when first learning game hacking.

Throughout this course, I will be there for you – to answer all your questions and to guide and mentor you in game hacking and reverse engineering. Thank you and see you inside.